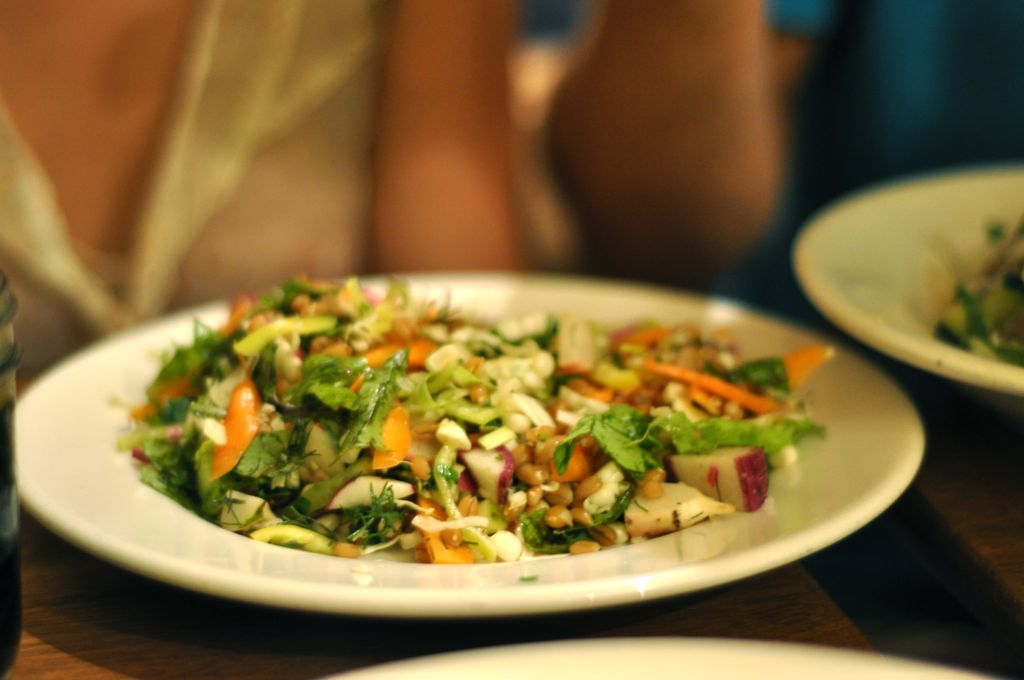 After a nice bike ride to Roosevelt Island this past Saturday, my friend Jen and I had every intention to head home and make ourselves a big lunch but by the time we got back to our neighborhood, we were exhausted so we decided to treat ourselves to a refreshing (and cost efficient for eating out) lunch at EAT.  I decided on the farro and greens salad and it totally hit the spot after a long ride – right between filling and light. 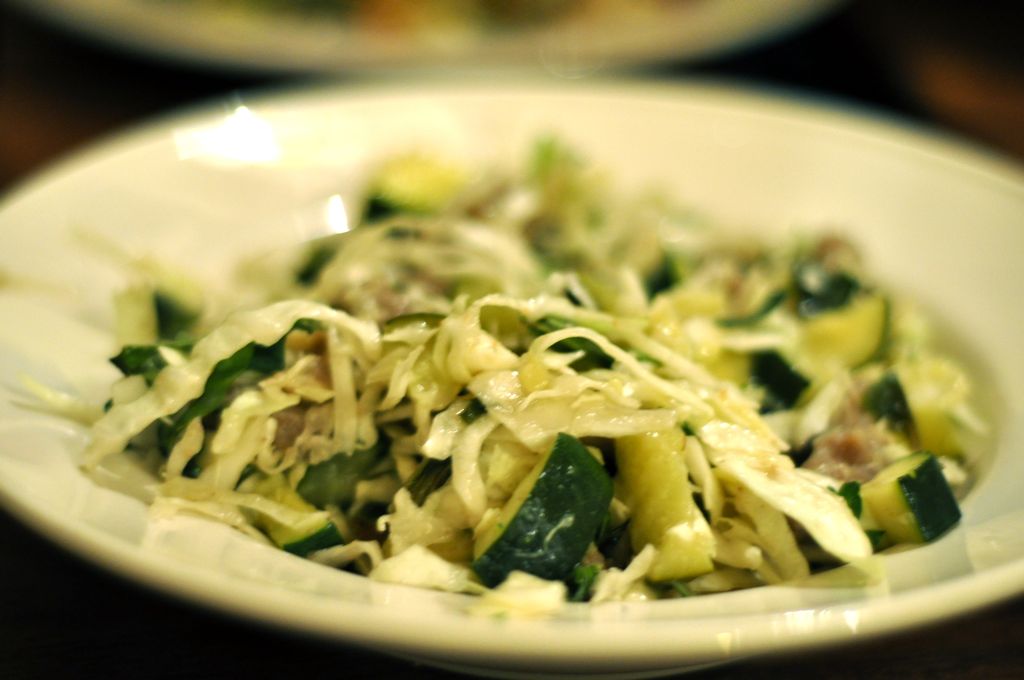 The fresh greens, the texture of the farro and the slight tangy flavor all married together perfectly.  I had never cooked farro before so a few nights later I wanted to try it out.  Unfortunately, I couldn’t find it at any of my local markets, so I decided on Barley instead.  Barley is not great for a gluten-free diet but the texture of it was what I was looking for. Barley also has quite a few health benefits and can aid in intestinal health and help lower cholesterol.  You can read more about the health benefits here.  After picking up the barley, I was craving something warm and savory, so I decided to roast up some of the baby pumpkin they had at the market and crumble in some goat cheese.  This dish was going to need a little something extra so I toasted some agave glazed pecans to throw on top.  When I lived in Australia years ago, I became addicted to pumpkin and goat cheese risotto which seemed to often appear on menus in Melbourne.  This turned out to be a perfect throwback to my favorite sweet and savory dish (and a tad lighter and healthier without the butter).

Whenever I buy a pumpkin, my favorite part is roasting the seeds.  I keep it simple, just the way my mom made them when I was growing up.  Sprinkle a little Adobo (or seasonings of your choice) on them and bake them in the oven at about 350/375 until they start to get crispy and a little brown. After you scoop the seeds out of the pumpkin, make sure to wash all of the stringy pumpkin off.  I like to put them in a strainer and run some cool water over them and then pat dry with a paper towel before seasoning.  This time around I added a little paprika to them which didn’t affect the flavor that much but did add a nice touch of color.  They’re the perfect thing to munch on while you’re waiting for the pumpkin to roast.

Here’s how I made the barley dish…

Combine barley, water and vegetable broth in a medium pot and simmer for 1 hour and 15 minutes (check instructions on the package of barley as it may vary). While this is cooking, slice the pumpkin into small pieces and place on a baking sheet. Place in oven and roast at 450 degrees for about 35 minutes (tossing half way through) or until pumpkin is soft. Remove from oven and peel skin off. Place in food processor and pulse a few times until pumpkin is shredded (not pureed). You can also shred with a fork. Place pecans on a separate baking sheet and drizzle some honey or agave over them. Toast in the oven for about 15 minutes at 350 degrees. When they are done, crush some of them up, leaving a few whole.
Once barley is done cooking, mix in the pumpkin and goat cheese and sprinkle the pecans on top.