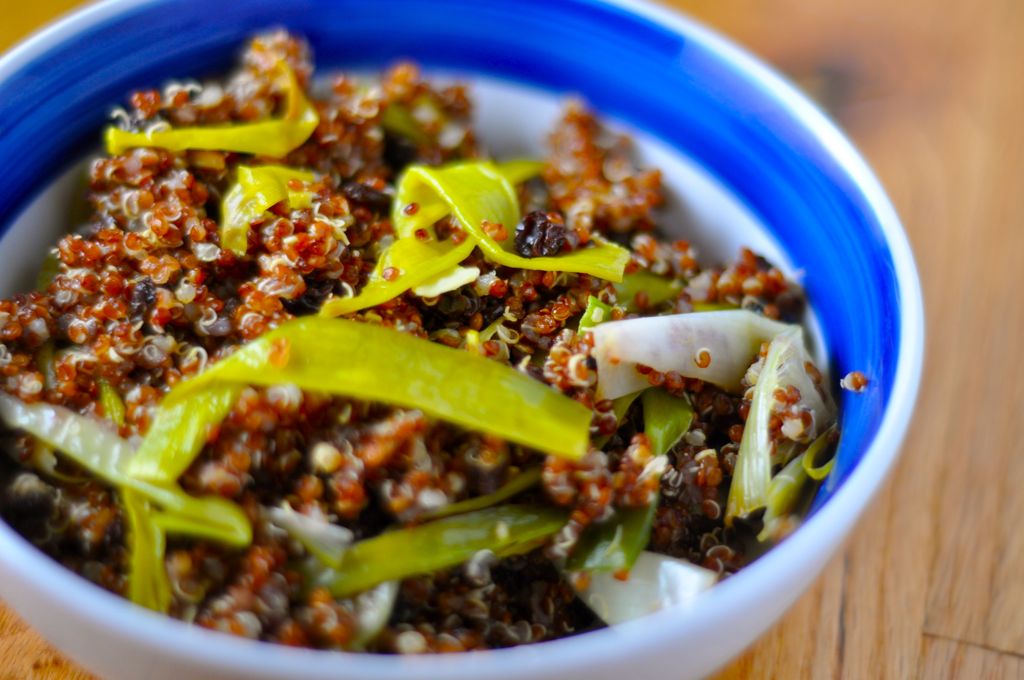 This one is inspired by a couscous dish my mom always made growing up and by good friends with a healthy appetite coming for dinner.  Quinoa has been my default dish these days so it’s been a challenge to think up new ideas to spruce up this superfood.
That being said, one of the reasons I love quinoa (specifically red quinoa) is that it shines so well with just the slightest addition of flavor.  For this, all I added was sauteed leeks and currants and it turned out to be a perfect savory dish with a slight touch of sweetness.  Here’s how I made it…

Combine quinoa, water and 2 cups of vegetable broth in a pot, bring to boil and then let simmer for 15 minutes or until quinoa is cooked and liquid is absorbed.
At the same time, heat a large pan on medium heat with butter and add vegetable broth and leeks (make sure to rinse leeks well before cooking as they tend to have a lot of hard to see dirt in them. I like to place them into a large bowl of cool water after slicing and separate the pieces with your fingers). Let the leeks simmer in the pan until most of the liquid has evaporated and leeks are soft.
In a small bowl, cover currants with hot water and let soak for 15 minutes and drain. This helps to dry out the currants and make them less sticky. When quinoa and leeks are done cooking, combine all ingredients.