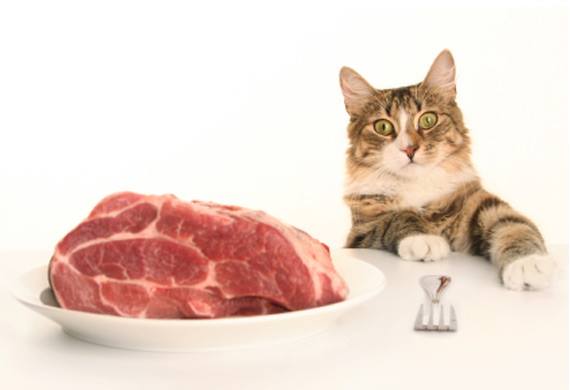 So, I’m a week and 3 days into this vegan challenge and here’s the hardest part: eating out. Not because I’m eating strictly vegan, but because I also try to avoid gluten. So, at most restaurants, that leaves me with some very bland options. Thankfully my wallet doesn’t allow for me to eat out very often, but I did this week. I went out for vegan pizza with a friend and while it was delicious and I avoided the thick crusts, I paid for the gluten indulgence later. A few other things I’ve noticed while eating this way: 1. I can’t stomach as much alcohol as I usually can. On two occasions, I had 2 glasses of wine and felt pretty queasy by the time I was ready for bed. 2. My stomach has felt very heavy over the past week. What’s interesting is that after eating meat last night (my one cheat – I had a meat class at school), my stomach feels normal again. That said, they say it takes the body about three weeks to adjust to a new way of eating, so I’m waiting to see how I feel after the three weeks.

In the past few days, I also found my savior: Cashew cheese. It actually tastes like goat cheese! And all it is is fermented cashew cream. The downside is that a little container of it costs $8. My plan is to try making my own as soon as the weather cools down as it requires sitting out at room temperature for quite a while and at the moment, my hot NYC apartment is not exactly the best environment for such experiments. I think in the long-run, this could replace my cheese addiction (which involves me noshing on cheese every night when I get home from work, while I’m preparing dinner). On a grander scale, I’m hoping this entire cleanse sort of shifts my cravings a bit.

The Past Few Days:

Did you drink cof­fee? I’ve been alternating between tea (early grey) and coffee. On the mornings after I drank wine, I found that the idea of strong coffee in my system just didn’t feel right. So I went with tea.

Breakfast: I’ve been eating mostly Ezekiel sprouted grain english muffins with either hummus and tomato and lemon or cashew cheese.

Lunch: Thursday was one of my hardest days on this cleanse because I didn’t bring lunch and I grabbed a kale salad on my way into work. I took one bite and it was so gross. All I could taste were collards and kale and I tried masking it with vinegar, but it didn’t help. I wound up waiting too long to eat lunch and I could feel my blood sugar drop. I even had a few spoons of peanut butter (just ground peanuts) to hold me over, but it didn’t do the trick and I just felt off the rest of the day. That is, until I got to class and began salivating over the spread of raw beef I was about to cook. I definitely felt lethargic after I ate all of the meat, but I feel better today – my stomach in particular.

Snack: I’ve mostly been snacking on fruit – grapes, bananas, and some peanut butter

Din­ner: Gluten-packed vegan pizza (delicious but not a good idea for my system), polenta and beans (new bean recipe to foll0w) were on the menu this week. The night I made polenta, I also tested a bruschetta for an upcoming supper club and the pieces of french bagquette drained me of energy. Lesson learned: gluten definitely = bad for my body.

Glasses of Water: I’ve been trying to drink lemon water (very alkalizing) before bed and throughout the day. Not only does it help alkalize the system, but it makes it easier to drink a lot of water in a day. Friday, I downed water all day long in preparation for my first ever bikram yoga class! I was afraid I was going to pass out and vomit and or die, so when Whitney (who I was joining at bikram) said “drink all the water!” I listened. Whitney had a few hard days in the middle of her bikram challenge and I can certainly relate. As I’ve stated repeatedly, it’s not easy to eat vegan AND gluten-free AND exercise AND have a life. But it’s doable, and I’m going to focus on doing it in the coming weeks as best as I can.

Alco­hol: 2 glasses of wine three times during the week (total of 6) and they made me feel like shit.

Exer­cise: mmmm…next question. Except, bikram! Which was not incredibly enjoyable but made me feel amazing afterwards. I’ve also been trying to do some downward dogs before bed.

Temp­ta­tions: Gluten. This weekend was the hardest because I was brunching with friends and then going out for a family dinner. I picked a dinner place with some good vegan, gluten-free options, but brunch was hard. I settled on the heirloom bean, broccoli rabbe dish with sausage and egg. I was really craving meat so I just asked for no egg. The egg came anyway, but thankfully the sausage wasn’t mixed into the dish, so I only had the tiniest bite of it to help satisfy my craving. I’m definitely finding myself looking at meat and salivating, but then I start to imagine how I’d feel after consuming it and it has been helping to stop me thus far.

How do you feel? During the week I was feeling a little drained honestly, but I’m attributing that to body adjustment, gluten and wine. Also, I have not been exercising regularly. Post bikram, I definitely felt better. Here’s to the next 10 days…